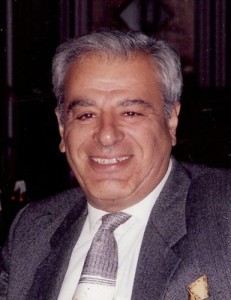 Gerald E. “Jerry” Field, 80, of Orwigsburg, died Friday evening at Genesis HealthCare Schuylkill Center, Pottsville, with his wife by his side. Born in Queens, N.Y., July 22, 1934, he was a son of the late Abraham and Sally Sanderoff Fuchs. Jerry graduated from Newton High School, Brooklyn, N.Y., in 1952 and upon graduation, served in the Army, where he was stationed in Saran, France.

He received his bachelor’s degree in business administration from The City College of New York, Baruck School, in 1958.

Jerry was very involved with the Pottsville community and the surrounding area. He served on the Central Pennsylvania Chapter of the Institute of Scrap Iron and Steel Inc. and was the president from 1976-77; served as a board director of Pennsylvania National Bank/Keystone Financial Bank (now M&T Bank) from 1980-2005; board member of Schuylkill Economic Development Corp. and served as president from 1985-87. He also served on the advisory boards of Good Samaritan Hospital from 1987-93 and Penn State Schuylkill from 1999-2010. He received the B’Nai Brith ADL Torch of Liberty Award in 1987 and was named “Businessman of the Year 1987” by the Schuylkill Chamber of Commerce. Also of importance to Jerry was getting together for his annual reunion with his Saran Army buddies and their spouses (fondly called “The Red Ball Express”).

Funeral services will be held at noon on Tuesday at Lord-Bixler Funeral Home Inc., 1818 Mahantongo St., Pottsville. A visitation with the family will be held from 10 a.m. until the time of service. Interment will follow in Oheb Zedeck Cemetery, Pottsville.